Arriving at Kilimanjaro International Airport you will be welcomed by our tour guide, will be holding a poster with your name who will transfer you to Arusha (45-60 minutes). The guide will transfer you to Mt. Meru Hotel-HB in Arusha city one of the fascinating touristic towns in Tanzania. Depending on the time of arrival one can explore the town by the help of a local guide.

The Arusha Town is known as the safari capital of the world but it is often overlooked in favor of its more glamorous, better known neighbors – Serengeti, Tarangire, Lake Manyara and Ngorongoro Crater. But Arusha has a wealth of experiences to offer from safaris in Arusha National Park, to breathtaking hiking on Mount Meru, Cultural tours, Tanzaniteand more.

After breakfast you will be heading into the Tarangire National Park for a morning game drive. The park runs along the line of the Tarangire River and is mainly made up of low-lying hills on the Great Rift Valley floor. Its natural vegetation mainly consists of Acacia woodland and giant African Baobab trees, with huge swamp areas in the south. Both the river

and the swamps act like a magnet for wild animals, during Tanzania’s dry season. In the afternoon you will eat your lunch at the picnic overlooking Tarangire River before you depart for Dinner and Overnight at Maramboi Tented Lodge-FB 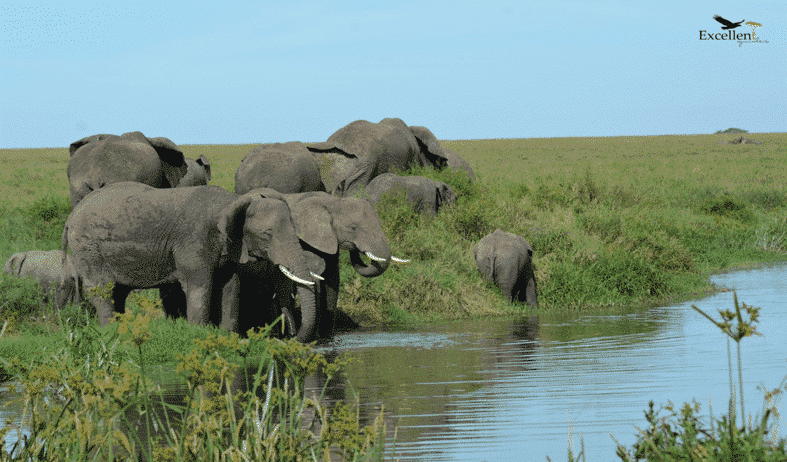 After your breakfast at the hotel, early depart from Ngorongoro conservation area towards Ndutu plains. The Ndutu plains is a seasonal location tucked between the NCAA and Serengeti which allows off-road game drives. Dinner and overnight shall be at an amazing lodge Ndutu luxury camp-FB 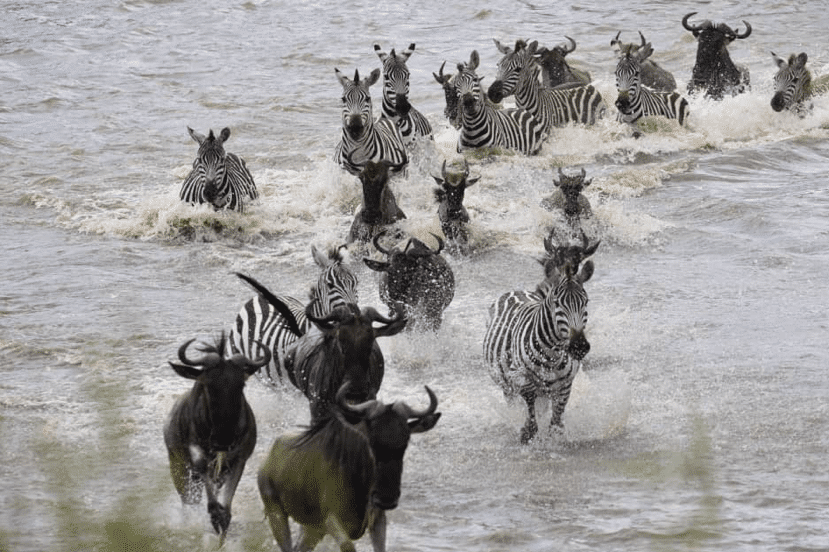 After breakfast you will depart from Ndutu plains to central Serengeti, you will continue to experience the greatness of the plains as you move from the southern part towards the central part of Serengeti where you will continue to explore the plains on the next day with the magnificent view of wildlife and a savannah plain dotted with acacias. You will have picnic lunch at a picnic site then drive for dinner and overnight at Serengeti Serena lodge-FB 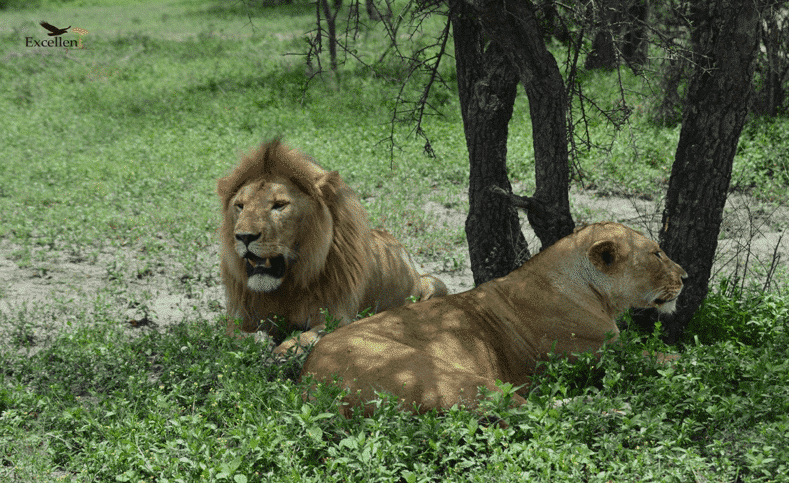 After breakfast you will venture the corners of the mighty Serengeti plains for an unlimited game drive with high chances of following the great migration and spotting pride of lions, cheaters, leopards and many more. This will be your area of exploration in one day. Dinner and overnight Serengeti Serena Lodge-FB

After your breakfast in the hotel, early you depart to enter the conservation area of Ngorongoro and descend 600m into this magnificent crater for a morning, half-day game drive. The Crater is one of the most densely crowded African wildlife areas in the world and is home to an estimated 30,000 animals including some of Tanzania’s last remaining black rhino. Supported by a year-round water supply and fodder, the Ngorongoro Crater supports a vast variety of animals, which include herds of wildebeest, zebra, buffalo, eland, warthog, hippo, and giant African elephants. You will enjoy a picnic lunch in the crater, after which you will climb up of the crater and travel back to Arusha for dinner and overnight at Mt. Meru Hotel- FB 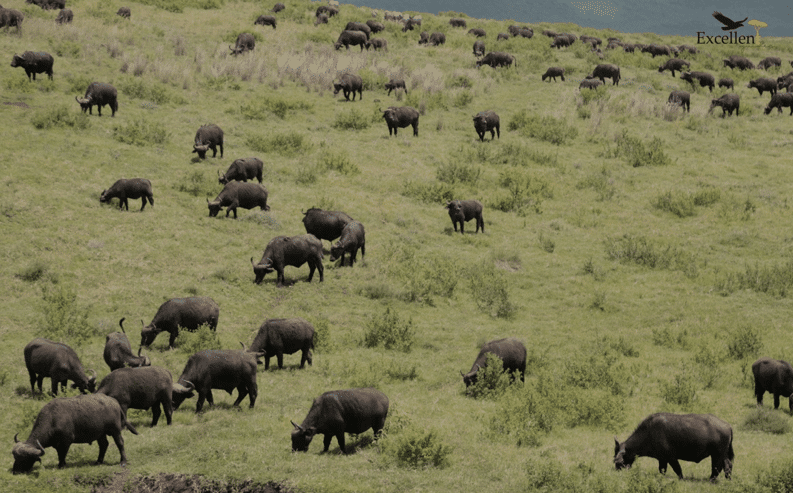 After breakfast you will be picked by our guide who will transfer you to Kilimanjaro International Airport to catch your flight back home. It is with great regret to inform you that your safari has come to an end. While the memories will last forever, we do hope you will return one day to retrace the steps of the adventure you just completed. End of Service 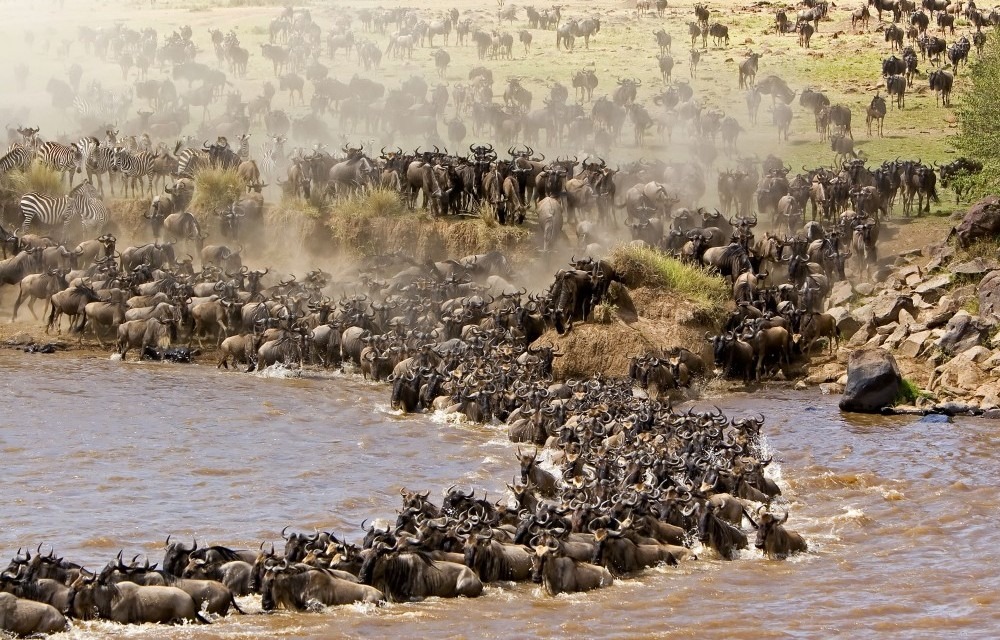