After arriving at Kilimanjaro Airport, you will be welcomed by our tour guide and transferred to a hotel in Arusha one of the fascinating touristic town in Tanzania. Being in the city one can explore the town by the help of a local guide.

The Arusha Town is known as the safari capital of the world but it is often overlooked in favour of its more glamorous, better known neighbours  – Serengeti, Lake Manyara and Ngorongoro Crater. But Arusha has a wealth of experiences to offer from safaris in Arusha National Park, to breathtaking hiking on Mount Meru, cultural tours, Tanzaniteand more.

After early morning breakfast you will take a drive for about 1hr to enter Arusha National Park. You will have a memorable moment as we introduced you in Tanzania wildlife with spectacular landscapes, beautiful nature and the close-ups of Mount Meru from this unique park overlooking the city of Arusha. It is only in this park you can feel the natural guided walk between herds of buffalos, giraffes and other wild animals. You will eat your lunch at the beautiful scenery and shores of Momela lakes within the park. In the late afternoon you will take a drive pass by the town of Arusha to Tarangire area where you will overnight in a beautiful tented camp.

TheArusha National Parkis a relatively small area, but it offers stunning sceneries with a wide range of habitats, from the imposing peaks of Mount Meru, afromontane forests, the Ngurdoto Crater to the Momela lakes. The shadowy montane forest is the only place in the northern safari circuit where the acrobatic black-and-white colobus monkey can be easily seen, as well as some of its other inhabitants: blue monkeys or the colourful turquoise and trogons.

After breakfast you will be heading into the Tarangire National Park for a morning game drive. The park runs along the line of the Tarangire River and is mainly made up of low-lying hills on the Great Rift Valley floor. Its natural vegetation mainly consists of Acacia woodland and giant African Baobab trees, with huge swamp areas in the south. Both the river and the swamps act like a magnet for wild animals, during Tanzania’s dry season. In the afternoon you will eat your lunch at the picnic overlooking Tarangire River before you depart for Ngorongoro Conservation Area where you will overnight in a beautiful hotel.

Herds of up to 300 elephants scratch the dry river bed for underground streams, while migratory wildebeest, zebra, buffalo, impala, gazelle, hartebeest and eland crowd the shrinking lagoons.This park is also home to three rare species of animals – the Greater Kudu, the Fringed-eared Oryx, as well as a few Ashy Starlings.

Your hotel is located just outside the gate of Ngorongoro Conservation Area that will take only 20 minutes to the entrance after your early breakfast. You then enter the conservation area of Ngorongoro and descend 600m into this magnificent crater for a morning, half-day game drive. The Crater is one of the most densely crowded African wildlife areas in the world and is home to an estimated 30,000 animals including some of Tanzania’s last remaining black rhino. Supported by a year round water supply and fodder, the Ngorongoro Crater supports a vast variety of animals, which include herds of wildebeest, zebra, buffalo, eland, warthog, hippo, and giant African elephants. You will enjoy a picnic lunch in the crater, after which you will climb up of the crater and travel to the Serengeti National Park. Dinner and overnight shall be at an amazing lodge in Serengeti.

The Ngorongoro Crater is the largest unbroken ancient volcanic caldera in the world. In 1979 this nearly three million year old area was designated a UNESCO World Heritage Site. The former volcano crater is also considered to be “Africa’s Garden of Eden”, as it is a haven for thousands of wild game, including lions, elephants, wildebeests, zebras, rhinos, Thomson’s gazelles and buffaloes. The crater is among the 8Natural Wonders of the World.

* The southern/central part (Seronera Valley)with its classic savannah dotted with acacias and filled with wildlife.

Serengeti is also known as the “endless plains” in the Masai language. This will be your area of exploration for the following two days.You will have the opportunity to discover this fascinating area and its wild inhabitants driving through the vast Serengeti Plains.

The gorgeis also commonly called “the cradle of mankind”, since it has revealed the remnants of the earliest human beings, being instrumental in further understanding of the human evolution.

TheMaasai tribe lives in southern Kenya and northern Tanzania. They are known for their welcoming dances where the man sing and jump as high as possible with straight legs, to show how fit and strong they are. The woman stands at the side, singing with the man and do a special dance for woman only.

The Masai tribe lives in villages (Manyata) and each woman builds a small house (Boma) for her family. The bomb’s structure is made of wood and it is covered by a mixer of mud, wood and sticks, grass, cow dung, human urine, and ash.Traditionally, men are wearing sheets that are wrapped around the body. Usually, the main colour is red but you can see some blue colors and a paid pattern. Men and women are wearing ornaments made of colourful bids.

After our cultural encounter with this extraordinary ethnic group, we will continue getting out of Ngorongoro Conservation Area.

The shores ofLake Eyasi are still inhabited by Hadzabe Bushmen: hunter gatherers, which can perhaps be considered one of the most interesting tribes in Tanzania and eastern Africa. Their language resembles the click languages of other bushmen further south, in the Kalahari and they are often willing to provide visitors with an insight into their simple bush homes, consisting in no more than a tree canopy or a cave. You will experience their everyday life at close and be able to witness the tribe men skillfully hunt small antelopes and baboons with bows made from giraffe tendons and poison coated wood arrows. After Lunch we will drive to visit another group of nomadic Bushmen: the Datoga Tribe.

Datoga peopleare agro-pastoral nomadic, and now-days they do some small blacksmith works, like jurally and arrow-heads. They live in several areas in Tanzania, and the majority lives near Lake Eyasi.

This tribe consider themselves the oldest tribe in Tanzania (the Maasai and Bushmen also claim this fame). The man of the tribe do the pastoral and blacksmith work, when the woman cares for the children’s and home duties.

The married woman are dressed with beautiful leather dress and have tattoos around there eyes for decoration.

You live the tribes and go your way to the lodge for dinner and a sleep over.

Squadrons of banded mongoose dart between the acacias, whereas the diminutive Kirk’s dik-dik forages in their shade.

Manyara provides the perfect introduction to Tanzania’s birdlife. More than 400 species have been recorded, and any visitor to Africa might reasonably expect to observe 100 of these in one day.

We shall then head back to Kilimanjaro Airport to attend our return journey. 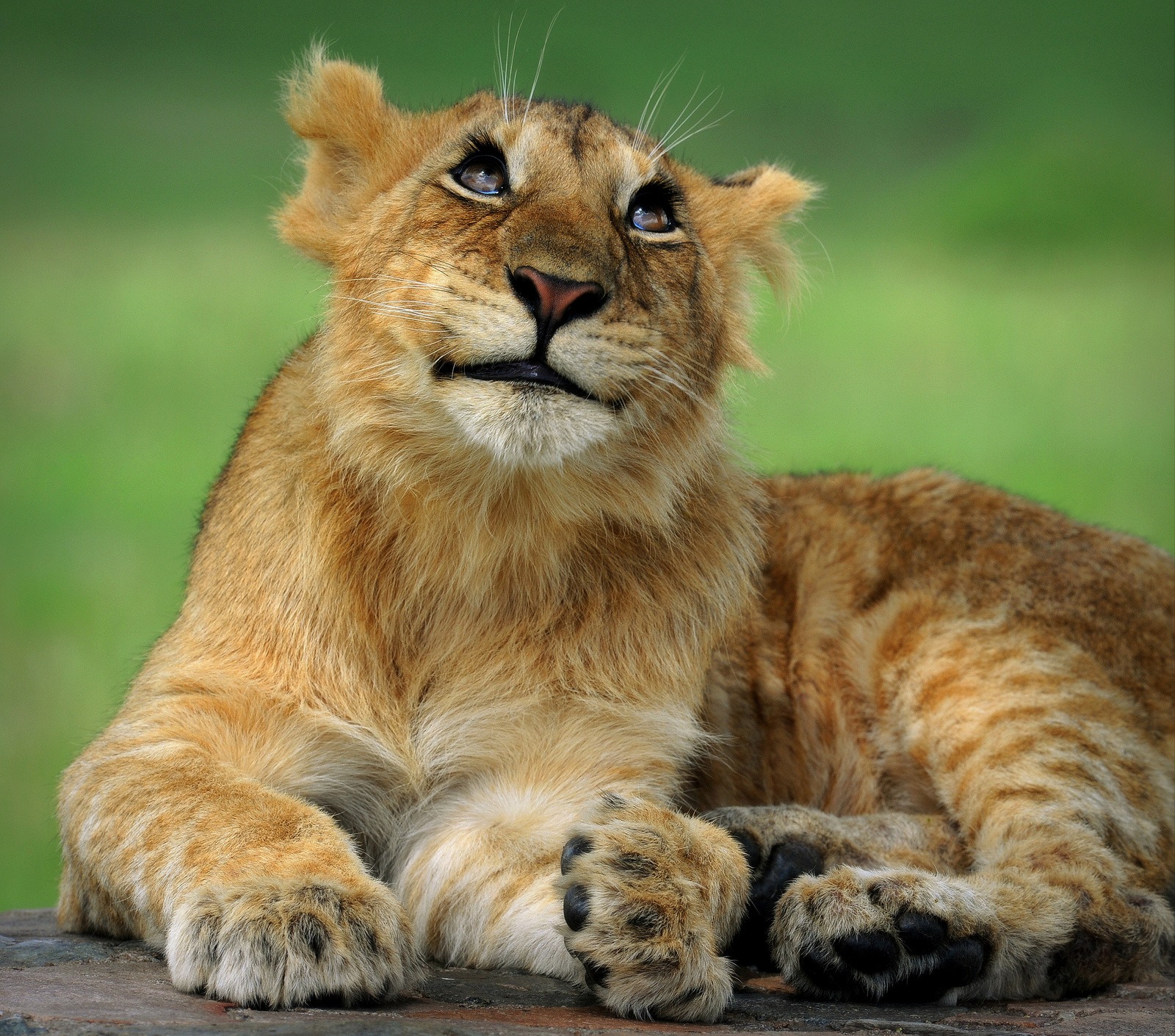 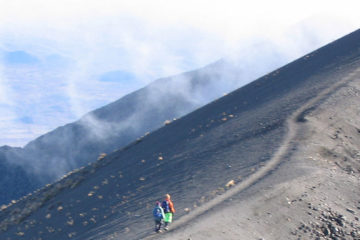 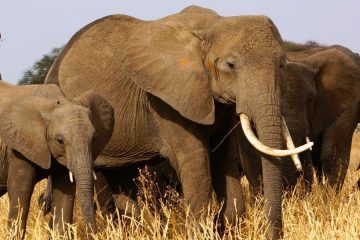 This National Park enables you to experience 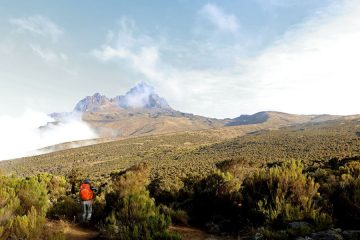